It’s time the true ruler of Toronto takes their place on the throne, all hail the mayoral wonder that is Kings Crown.

It’s time for a badass mayor that isn’t afraid to be a little wild, but still has those classic ingredients that we rely on…  Like beef and cheese (mmmm cheese). King’s Crown shows love for all colours of the rainbow and whether you’re vegan, vegetarian, or none of the above, there’s always a place for you at the table with King’s Crown.  It’s time for someone to take the reigns that has no dark secrets to hide underneath all that guacamole and sour cream. King’s Crown warms your heart, and your stomach anytime you need it. And seriously if a town can have a cat as mayor since ‘97, we definitely think Kings Crown is up for the job. Vote Kings Crown for Mayor, it’s nacho typical mayor. It’s been 7 years since our good friends, and Toronto’s own, The Cheap Speakers hit the scene, and it’s all coming to an end on March 21st (say it ain’t so!). The band is calling it quits for good, but not before one last hurrah. They’ve already posted a heartfelt letter to all their fans and supporters thanking everyone who has helped them throughout the years. The Cheap Speakers are here on Friday March 21st for their final show, so come out and give them the Sneaky Dee’s sendoff (which includes copious amounts of beer and nachos).

For now here’s a little Q&A we did with the band; looking back on good times, the Toronto music scene, and of course their memories of Dee’s.

Q: This is your last show ever, what made you guys decide that this is it, and what is next?

A: We always had a “take it as far as it’ll go” attitude and it just seems like we’re there. Interpersonally, musically, it feels like the time. “Next” is supporting bands, friends like always.

Q: Why did you decide to play such a monumental show at Dee’s?

A: The sound’s great, awesome people working the board, and it’s a fun room. It’ll feel right, and that’s about all you can ask for when it’s your last one.

Q: What is your favourite part about Toronto’s music scene?

A: The huge variety of bands and influences. There’s nobody you have to sound like to “fit in”, you just do you.

Q: Which other local bands are you listening to right now?

A: The last Papermaps LP “Darker Lights” has been one crazy slow burn, so good. Also PUP’s massive breakout LP, we love those guys. Lots of Dilly Dally and Hollerado. With Beth In Battle Mode reuniting for our last show, their stuff’s been back in the rotation too.

Q: What was the best live performance you’ve seen at Dee’s?

A: It was during that righteous Beatles vs. Stones covers night a few years back. Carleigh Aikins was up there with the Balconies, everyone sweaty and letting completely loose, it was something else.

Q: If you had to pick any menu item, which would you say is your favourite?

A: When Nat and Brennan started the band, their Tuesday practices on Bathurst kicked off our half-price Dee’s fajita night tradition. We’d plan meetings around it, the band was literally powered by fajitas. But come last call, it’s King’s Crown all the way.

Q: What are you drinking to wash it down?

A: Pitcher of Buzz, round of Jameson.

Q: What’s the coolest thing you have ever done as a band?

A: For a couple years we’d contact a mix of bands playing CMW, some huge in TO, some with no profile at all, and do seamless DJ style mix tapes. Everything from singles barely even released that we’d have to clear with people’s managers to old demos from bands we still wished would break big. It ended up introducing us to amazing international acts that we met up with during the fest, we’re still pals now. We also once did a set in a gallery window for Nuit Blanche, and on our first tour we pulled gear out of the van at Peggy’s Cove and played to nobody out on the rocks.

A: Playing there in 2011 with Ketch Harbour Wolves for Papermaps’ debut LP release. That record’s kind of monumental for us, it’s a night we won’t forget.

Q: What do you think you’ll miss most about being in a band together?

A: The strange mix of personalities we had as a group, how strongly we supported Toronto’s music scene together. Being known as people who would go to the wall for the acts we backed. If we were rooting for you, you knew.

Thanks to The Cheap Speakers for seven great years. Make it out to the show, and why not grab the band a couple shots of Jameson. It’s going to be a great night!

The DOs and DON’Ts of Show Promotion

Here at Sneaky Dee’s, we love live music (obviously), and we love hosting shows here as often as possible. We get countless e-mails from artists inquiring about potential booking opportunities, and I must say… some of you just don’t have your shit together.  But it’s okay, we’re here to help. This article by Noise Collective’s Damon Bodine and Jason Desiderio will give you the tips on how to book  and promote your band’s next gig. You work hard on crafting your songs and making them tight. It’s time to learn how to fill a room. Here’s just a preview of what Damon and Jason recommend, yes they are speaking of New York but it is all relevant for Toronto…. “New York City is a place where the possibilities for ways to spend an evening are seemingly endless, making promoting a show in the city feel like a difficult and daunting task. While it certainly takes time to build your network of friends and colleagues, there are several ways to improve your band’s draw in the short term. The steps listed below serve as guidelines for allowing your band to perform in front of more people, which is infinitely more fun than playing to an empty room “

Read the rest of the article HERE

What happens when you take an instrumental progressive band, and decide to add a vocalist?  A a brand new INTERVALS record obviously. The band will be playing Dee’s on February 27th, and you won’t want to miss this!

The Toronto rockers are back and better than ever so if you thought In Time was a awesome album, the addition of Mike Semesky’s vocals on their latest release A Voice Within brings it to another level. The guys will be at Dee’s on February 27th for their album release, so come out and see a kick ass show that you don’t want to miss!

Make sure to get tickets here: here

Check out a video of their new single Ephemeral

We Love The Flatliners #FuckDavidHall

Oh, so it’s  awards season, which includes the oh so Canadian show known as the Juno Awards (our attempt at the Canadian Grammy’s).  Boring as it can sometimes be, it’s still exciting to see our buds get recognized for their work. Some Dee’s favourites are even up for awards this year, including Monster Truck who got a nom for rock album of the year, and Protest the Hero are up against Dee’s favourites The Flatliners for metal/hard album of the year! (Their mom’s are probably proud of them… which is probably worth more than a Juno. Kidding.. sorta)

Unfortunately, there’s a ween (David Hall) out there who thinks The Flatliners don’t deserve to be in the metal category. Thankfully, not many people seem to agree with him. Although, in the interest of sticking up for our homies make sure you support and check out The Flatliners (if you have happening to be living under a rock and have yet to) here. Dead Language is an amazing album that should win about 40 JUNOS and a couple Emmy’s (whatever an Emmy is..) along with a PGA Tour and even a gold fucking medal in being METAL. Send your support to the guys on Twitter, Facebook, and when you drunkenly tag your friend’s in permanent marker after a long night – ie. post your #FuckDavidHall hate all over the internet but especially write it right beside that dick you just drew on your friend’s passed out face…. because, well, why fuck that guy.

The Walking Dead Is Back – Come Watch It With Us!

We have been in some serious withdrawal of The Walking Dead, but lucky for us it returns tonight!! Starting again tonight (and from every Sunday hence forth until the season ends) at Sneaky Dee’s we will be playing The Walking Dead starting promptly at 9pm downstairs. Awesome, right?

We will also be bringing back our Walking Dead Special!  SO from 8pm until 10pm on Sunday we have  super special drink aptly named The Governor’s Daughter (Baileys, Peach Schnapps and Grenadine – it’s delicious) for $3.00. Also, if you have a taste for some flesh*, we are dishing out plates of Chili Nachos w/ a pitcher of Buzz or Cool for only $19.35.

See you tonight (and every Sunday until the end…) 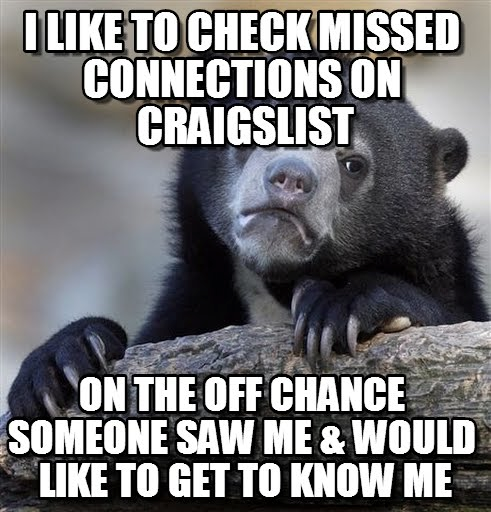 It’s 2am. “Dream Weaver” is blasting in the background and you’re mumbling the words. Across the dance floor, is a bona fide babe. You think to yourself  “Holy shit, look at that man bun!” or “Is that a regretted Alkaline Trio tattoo like mine?”

So, you think of your options.

1. Go over and make an awkward conversation about something stupid.
2. Post a missed connection on Craigslist.
3. Just put it into your spank bank and forget it even happened

Scouring through the headlines on Toronto Missed Connections, it’s clear that collectively, we can do a lot better.

Now, wouldn’t it be awesome if you had a wingman on your side? Here’s where we come in.

Moments come and pass in the wink of an eye, maybe you were too chickenshit to muster up the courage to ask out that cute girl at the bar. It could be that you saw some dude who looked a lot like Ryan Gosling. We here at Sneaky Dee’s wanna know all about it. Give us the juicy details. Where, when, what, ya know, all that sort of stuff. Who knows… they just might see it.

Send us a private message on Facebook with the description of your missed connection, we will post anonymously on your behalf and maybe your connection will step forward.  This is the first step in making your own personal version of The Notebook a success.

So let’s band together, go for a pint, embarrass our friends, and laugh. We got your back.